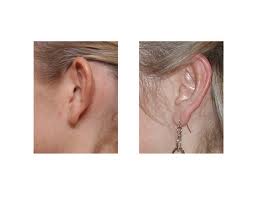 An Otoplasty is a surgical procedure to correct prominent ears by setting them back closer to their head. Some people get embarrassed at the look of their ears and this procedure will give a person more confidence with their appearance.

How is an Otoplasty Performed?

An incision is made behind the ear from which the cartilage of the ear is reshaped and skin excised. An Otoplasty is a day procedure taking approximately two hours, and is performed under either general or local anaesthetic.

How long is the Recovery Period for an Otoplasty?

A head bandage is to be worn for one to two weeks. After the bandage is removed a headband is usually used. Depending on the type of work, patients are advised to take at least one week off.