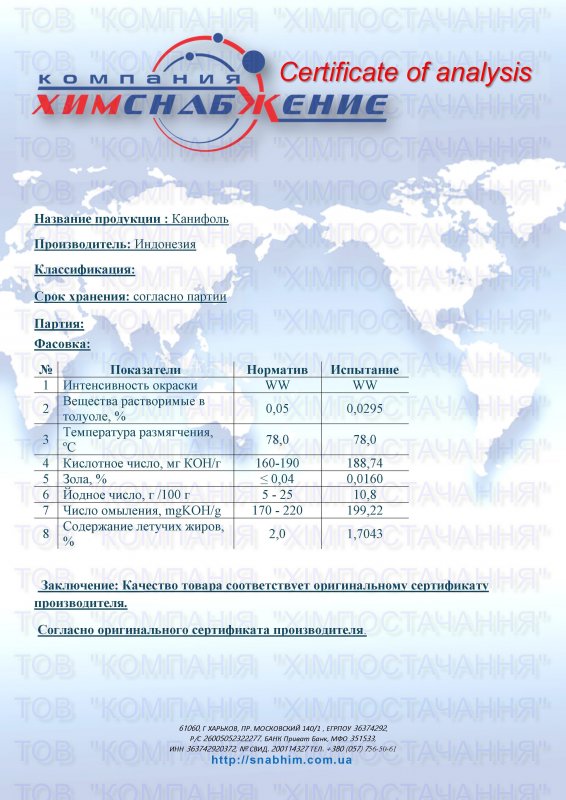 Has an appearance of vitreous, fragile substance which color from light yellow till dark red color. Rosin pine is a mix of resin acids. The rest after an otgon of a flying part from pitch of coniferous trees.

Rosin consists of the resin acids (80-95%) having the general formula C19H29COOH, and not saponified substances (5-12%) which terpenic dimmer, aldehydes and mix of gidrofenantrenovy hydrocarbons contain.

Rosin solution before storage is filtered.

As emulsifier in production of glue for paper, paints and varnishes, by production of imitation leather, rubber, soap, synthetic rubber, in production of plastic, linoleum, electroinsulating mastics. Also rosin pine is applied as gumboil to removal of oxidic films at a tinning and the soldering.

Therefore as durable dielectric rosin can be used only in tight electrotechnical devices, such as the insulator in power cables.

Send inquiry
Buy
Contact supplier
Your question has been sent successfully
Consultants of the shop typically answer questions during the day.