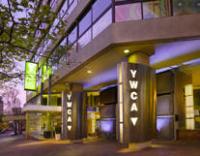 New South Wales
Sydney, 5-11 Wentworth Ave
Cost of number from 79.00 USD
Geographical position
Many fascinating landmarks make New South Wales a geographical wonderland. Many types of landscapes are encountered from the coastlines to the Outback that covers nearly every type of land form imaginable.

1. Seaboard and coastal lowlands with a 1460 km coastline broken by few inlets of varying sizes.

2. Tablelands formed by the Great Dividing Range and comprising an almost unbroken series of plateau varying in width from 50 km to 160 km and forming the main watershed where the coastal rivers and those which flow inland originate. The Snowy Mountains region has the highest peak on the continent, Mount Kosciusko, which is 2228 m.

3. Western slopes which is a fertile, undulating region with rich plains along rivers flowing inland and some rugged areas. Generally regular and adequate rainfall has led to extensive cultivation.

4. Western plains comprising almost two-thirds of the State. The soil is fertile, but poor rainfall and limited river water and high temperatures seldom enable it to realise its agricultural or pastoral potential.

There are two distinct groups of rivers - the short, fast-flowing coastal streams which drain about one-sixth of the state but carry more than two-thirds of its water; and the inland rivers, part of the Murray-Darling system. The main rivers are the Hawkesbury, Hunter, Macleay, Clarence, Murrumbidgee, Lachlan, Macquarie-Bogan, Namoi, Gwydir and Castlereagh.

Many well known geographical features are popular tourist destinations, such as ‘The Three Sisters’, three jutting mountain points in the Blue Mountains. Wild gum and rainforests contrast with arid plains that include such features as the Pinnacles, odd needle-like rocks jabbing out of the flat plain landscape. And across the rural belt are pasture lands of rich agricultural regions and rolling hills.